“Chianti improves with age. The older I get, the better I like it”.  … Author Unknown

HOW DO YOU WANT YOUR FETTUCCINI? With sausage and a garden-picked tomato and a slice of Parmesan Reggiano? Maybe meatballs instead and heavy on the basil in the pasta? Or “old school” with petite green peas and Buffalo Ricotta cheese only? (and, of course, some Parmesan shavings). Whichever you choose, I’ll make it however you prefer as long as you are open to tasting a domestic Chianti-style wine with the fettucchini.

This 2011 “Chianti Station” from Seghesio Family Vineyards has done nothing but get better with time in the bottle since I bought it at the vineyard in 2014, and it’s drinkable though another year. Seghesio makes many wines, being famous for Zinfandel (“Home Ranch”). Called “Primitivo” in Italy, Zinfandel is a grape the Italian immigrants were familiar with when they settled in Central California in 1881. Sangiovese, the principal grape of Chianti, is another varietal those same early Italian immigrants were familiar with. 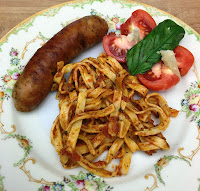 “Chianti Station” is a vineyard in the Alexander Valley sub-AVA within the Sonoma County AVA. The grapes (Sangiovese and Canaiolo) were first planted in “Chianti Station” by the Seghesio family in 1910. They had been growing grape vines in Sonoma since 1895.  At $48, when I bought it at the winery, it was an expensive proposition, but delicious and interesting. The field blend used in producing “Chianti Station” may be comprised of (mostly) Sangiovese with Canaiolo and some Trebbiano and Malvasia (the latter two no longer allowed in the Chianti Classico District of Italy since 2006). 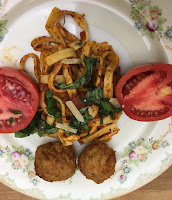 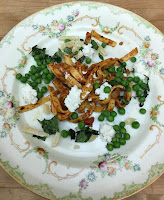 As the oldest planting of Sangiovese in North America, these are definitely “old vines” yielding concentrated fruit. Some of the wine’s charm comes from Canaiolo, another Tuscan varietal and used in Italy still for making Chianti (which now allows a percentage of Cabernet Sauvignon, Merlot or Syrah). Despite temperature and growing conditions in Tuscany being similar to those in Alexander Valley, I found “Chianti Station” (while similar to the Chianti from Italy’s Classico Zone and seven sub-zones) deeper and richer in style. You might say, with the inclusion of whites from a field blend, that it’s more “old world” than that even from the Old World! An interesting mix of both classic and new world styles, “Chianti Station” offered aromas of black & red raspberry, cinnamon and white pepper. On the palate: Roasted tomato, leather, cherry and clove. ARP for the 2011 vintage, now unavailable, was $79. Look for newer vintages. Better yet: Take a “WineCation” and visit the winery in Healdsburg, California. ALC: 14.8%  P.S. Remember what your mother taught you: eat your greens too!