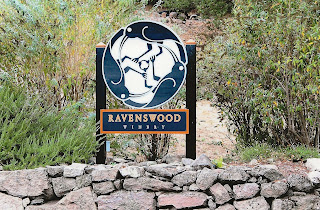 If writing is an exercise to develop futility muscles, this post is a good example.  Whatever I say here will have no impact on what has happened.  It won’t change anything.  And what happened is not even “new” news.  Fact is, I felt so bad upon learning this, I took some time off from writing about it, or for that matter …  about anything (either here or on my Facebook page).

The issue so troubling for me was that with most others of those mentioned above, the acquisitions and sales were seamless.  The same people I met and whose company I enjoyed are still at those wineries.  The winemakers and counter servers are still there.  The marketing people are still there. At trade events, the people I’ve known are still representing the company at various cities throughout the United States.  Unless you knew the winery had “changed hands,” you likely hadn’t noticed anything. Allegedly, the new, mega-international-corporate-conglomerate simply infused cash into the business to build the brand.

Then comes Constellation and EJ Gallo and there goes Ravenswood.  Ravenswood was just one of 30 Constellation brands that Gallo purchased April 4th.  A spokesperson (Alexandra Wagner) for Constellation said “Constellation’s top priorities are the long-term interest of our business, our people and the communities where employees live and work.”  In an interim, however (always there is one) employees of the tasting room at Ravenswood said they were being let go as of May 15 this year.  Gallo only bought the brand.  The tasting room on Gehricke Road is being closed after thirty years.

My most recent experience with Ravenswood was opening a 2012 “Old Hill” (single vineyard) Zinfandel that I purchased at the winery and paired with a slow-cooked brisket.  This was another wine I intended to write about as I found the time.  Maybe it’s that reference to “time” that has me so troubled.  Instead of a review, this post becomes a eulogy; a reminder of how fleeting our grasp on our presumptions are; how tentative our hold is on things we assume will remain as they “always have”. 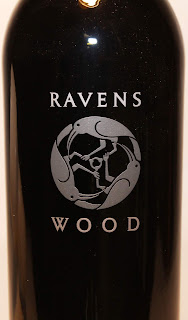 Ravenswood wasn’t started to be sold a few years later as some “Rockstar” labels have been.  Nor was it “the son of” a famous label spun off to be sold a short time later.  It was founded by Joel Petersen in 1976. The iconic tasting room opened in 1991 and it quickly became a mecca for Zin worshipers.  The winery’s “Old Hill”, “Cooke’ and “Dickerson” Zinfandels became legendary.

I enjoyed playing Blender at the winery, what they called the “Blend Your Own Experience.”  (see: https://www.winemizer.net/2015/03/ravenswood-winery-blend-your-own-wine.html ). It took me a few hours to settle on a blend I could be satisfied with.  It took just the same time for me to assure myself that blending wine was not in my future.  Not when I tasted what they did.


The “Old Hill” vineyard is in the heart of Sonoma Valley and has the oldest vines in all the county. Predominately planted to Zinfandel, the vineyard has at least 30 different grape varieties also.  The blend for “Old Hill” is 75% Zinfandel from these old vines and 25% “mixed blacks”.  Tasting this wine, one wonders how Zinfandel hadn’t been given the respect it is due.  Produced by Ravenswood, grapes used in the making of this wine deserve the reference of being called “noble” and “international”.

Ravenswood made other wines, of course:  Cabernet Franc and Sauvignon, Chardonnay, Merlot and blends.  I tasted them.  I bought them.  But it was their Zinfandel especially that set my passions aflame.  Pairing this bottle with brisket, I wasn’t then aware the winery would soon survive in memory only.  But I was aware that the wine was so good, it deserved respect and to be paired with a meal to remember.  So the brisket was dry rubbed and slow cooked for 10 hours and 45 minutes, occasionally sauced, served with home-made Cole slaw, fresh corn, and a tangy four-bean salad.  Like the wine, the meal was of humble origin, not “noble” but delicious.

Ravenswood Zinfandel, whichever label, is classic.  Assertive yet reserved, it is artistry on the palate. For me, “Old Hill” is the pinnacle of their Zins.  Raspberry, dark chocolate, licorice, black plum, black cherry, a hint of blueberry – all these fruits play against minerality and notes of coffee and spices.  The meld of fruit, mineral and spice is joined in a seamless weld. All elements are in exquisite balance, in balance so exquisite it is seldom found in other, more expensive, “noble” and “international” releases.

With scores in the 90s from critics, it seemed the critics got it.  But not enough of us did.  I don’t know why. In the boom years, Ravenswood was selling a million cases a year.  That dropped to 300,000 now.  Did their motto “No Wimpy Wines” scare some people away?  In fact, their wines were some of the most finessed I ever tasted, but as I read more about the impact of labeling upon sales, I appreciate I know nothing about marketing.

Great wine is art, but unlike the works of the Renaissance, wine does not so long endure. “Old Hill” Zinfandel, 2012 is drinkable through 2024 and tasting delicious now.  But, like the original works of art, it cannot be remade and no copy will ever duplicate it.  Search out small independent wine stores, careful to avoid those who store bottles upright and next to a  window.  Seek out a single vineyard Zinfandel from Ravenswood and taste a classic.

For the story about Ravenswood’s closing as appeared in the Sonoma Index Tribune see https://www.sonomanews.com/business/9535497-181/end-of-an-era-sonomas