“Wine; a constant proof that God loves us, and loves to see us happy!” … Benjamin Franklin

Benjamin Franklin: A Founding Father of the U.S., inventor of the lightening rod, swim fins, bifocals, the glass harmonica and many other things was also a prolific writer. He co-owned a newspaper and had been a member of the “Committee of Five” that drafted the Declaration of Independence.  He authored, under a pseudonym, “Poor Richard’s Almanack” in 1739 and the book sold 10,000 copies yearly through 1758.  Napoleon thought so well of it that he translated it into Italian.  Later, it was translated into French and then Slovene, making it truly an international best seller. Mostly, the book consisted of sage advice, jokes, puzzles, household hints and even hoaxes.  It was entertainment mixed with common sense.

I like to think wise Ben had common sense in mind when he wrote that statement regarding wine being constant proof of God’s love.  Was it not so, how then to explain why so many varietals were created?  My latest experience in this regard was with POSIP, a grape indigenous to Croatia and used in making white wine.  In body, it reminds me of a Marsanne-Roussanne blend, but its aromas and tastes are different.

Medium lemon-green in the glass, its aromas are mild with an impression of undiscerned acidity – lemon?  This is softened with additional, but faint notes of lychee and tropical fruit. Together, these work to peak your curiosity unless you’re committed to drinking only international varietals and being content with eating the same thing for dinner every night.  The palate offers lemon, but more as lemon-cream.   There’s a note of hay and a hint of almond.  Allow a sip to warm in the mouth and grapefruit develops.  Others get green apple.  A see-saw of contrasts keep the experience entertaining. 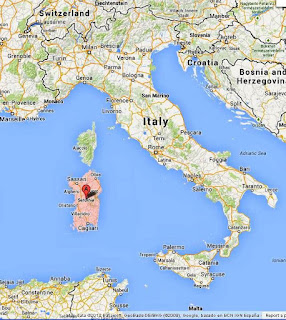 The most recognized area for growing this grape in Croatia is in the Dalmatian region, on the Southern island of Korcula. Croatia is east and just across the Adriatic Sea from Italy and its history of viniculture goes back more than 2,500 years.  But suffering the destruction of war, many vineyards were destroyed. And under communism, wine making became state run and yield (not quality) was the yardstick. Then too, almost all the wine was consumed locally.  Today, tourists are amazed at the quality of wine being made in their family’s home land.  Adapting European Union standards, modernizing equipment, free to run and profit from family ownership, Croatia is making world class wine though still not recognized as it should.  Consider that in the 4th edition of The Oxford Companion to Wine, Posip is given all the attention of one sentence.

There are currently over 300 geographically defined wine regions, and a strict classification system to ensure quality and origin in Croatia.  But Croatia ranks 30th in wine production by country and much of Croatia’s product is still consumed locally.  And like other Eastern European countries, its language can be challenging for people unaccustomed to seeing a row of consonants strung together along with the use of umlauts and other special characters.

Still, you may be more familiar with some wine from Croatia than what you realize.  Zinfandel, that grape so enjoyed from California that we assumed came from Italy as Primitivo because the Italian Immigrants brought it to that coast in the 1880s – guess what?  Later testing (1994-1998) conducted by Dr. Carol Meredith (a professor in the Department of Viticulture and Enology at the University of California, Davis) identified it as Crljenak Kastelanski (I left off a special character above the “a” in the second word). The grape is also known in Croatia as Tribidrag, I’ll assume because it’s easier to for rubes like me pronounce.

Back in 1959, Mike (Miljenko) Grgich now of Grgich Hills Estates in Rutherford California (who produced the award-winning wine Chateau Montelena Chardonnay) for the Judgement of Paris in 1976 thought that Zinfandel and Plavac Mali of Croatia were identical.  He was from Croatia and remembered working with those vines. In 1990, he returned to Croatia, looked again at the vines and reassured himself that “Zinfandel” was not the American grape of barbecue fame, but a treasure from Croatia.  Of course, no one believed him.  In 1994 he returned, bringing whole clusters, leaves and canes to compare.  In 1998, he and Dr. Meredith got together; Dr. Meredith went to Croatia herself and returned with cuttings of 150 plants.  It was discovered that Zinfandel and Plavac Mali were not the same plant.  But Mike was close.  Plavac Mali was an offspring of Tribidrag and “Dobricic”).  A connection was established, but until 1998 when near the port town of Split on Croatia’s Dalmatian coast, nine Tribidrag vines were found which DNA testing determined to be a 100% genetic match to Zinfandel.

As it turns out, Zinfandel was not Plavac Mali but it was indigenous to Croatia and itself a child of Tribidrag.  Subsequent historical research has shown that Croatian Zinfandel, a.k.a. Tribidrag was planted as far back as the 15th century.  What the Italians call Primitivo is also Zinfandel, having originated from the Croatian Tribidrag and imported to Italy some 200-300 years ago.

We began with Posip and that developed into Plavac Mali.  Croatia produces some international varietals, but the most fun can be had with indigenous grapes of which they have many.  For Posip, consider PZ  Posip Cara. Mike Grgich has opened his own winery in Croatia (making both Posip and Plavac Mali). Consider his offerings.  Korta Katarina winery, Intrada Krajancic Winery, Sain-Marelic Winery (lots of special characters missing in my spelling) and Kunjas Winery all make delicious Posip.

Plavac Mali (like Zinfandel) is a red wine as is Dobricic (a parent of Plavac Mali).  None of these wines will be alien in character.  In fact, as with Tribidrag (a.k.a. Zinfandel), you’re likely already familiar with the variety. And as with any wine, you may favor one producer over another. No, your largest challenge may be in tracking down an outlet for these wines.  Ethnic stores or on-line are likely the best route.   But for me, the route less travelled has made all the difference.

Wise man, that Ben who seemed to appreciate the gift of different grapes.  Be like Ben!