"I would happily die with a bottle of white burgundy in my mouth." ....Julia Child

Take a ride with me aboard my time machine, leaving the Paris Wine Tasting of 1976, and travelling forward back to 2016 – forty years later and two years ago in September.   That’s when the Chardonnay grapes, grown adjacent to the South River (Russian River Valley sub-AVA) on Rochioli’s estate (in Sonoma, California) were harvested and began their own time journey into becoming wine. 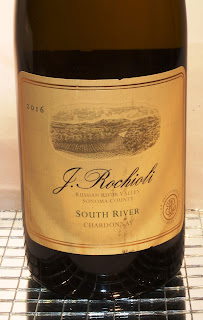 I tasted this wine side-by-side with a 2013 Meursault (in the Cote de Beaune, France).  Admittedly, not the fairest comparison.  The vintage of 2013 from that region was rated 90 by Wine Spectator and 94 by Wine Enthusiast. Neither publication has yet rated Sonoma’s 2016 Chardonnay vintage. Allowing for time allows for development.  And Tom Rochioli estimated a cellaring period of five to six years for his “South River” Chardonnay, a single-vineyard selection through not his most pricey.  Generally, it’s accepted that white burgundies will have a longer life.  The Meursault’s anticipated cellaring maximum, for example, was eleven years.

Then again, this is not about cellaring.  It’s about taste. And, in that sense, we  (I and another taster) were certainly not doing a validated test for the industry, nor was that our intention.  So what was the point?  It was, based on my assumption, that if you were invited to a dinner in which Chardonnay would be an appropriate wine to enjoy with the meal and you wanted to impress – it’s my assumption that you would bring a French wine and not one from California. 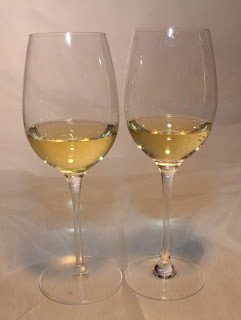 Is that always the right choice?  France has history. Imports have cache, and France has them both. France’s reputation of producing quality wine has been rightfully earned.  But assuming one is always better carries with it the assumption that the other is always less. We attempted to keep things reasonably equal for this comparison.  So, Le Montrachet was “out.”  The Meursault was from a well-respected winery and vineyard (and will remain unnamed) and of comparable price (the Meursault was $6 less, average retail price).

The photo here of each wine as it appeared in the glass is a good starting point.  After sniffing and tasting, each wine could be identified. But they were so close, on the nose and on the palate also, as to prove the understanding of subtle difference by definition.  On the first sampling of Rochioli’s “South River,” aromas of oak and burnt butterscotch were forward but with air, lemon brightened the presentation.

The palate of the “South River” was more involved (our opinion). The oak was apparent, but now subservient to lychee and green apple.  Notes of almond announced.  Lemon was hinted.  As the wine warmed, apricot became present.

This is, perhaps, less a review of “South River” than a comparison of this Chardonnay from Rochioli in Sonoma to that of the Meursault in France.  The natural question, then, is “What’s the difference?”  The answer is “not much” but important to some palates. On the second day, again tasting side-by-side, it seemed the “South River” emphasized lemon on the nose, while the Meursault was still dominated by smoke.  The “South River” (while presenting only slight differences) was brighter: more citrus, more buttery lemon. It may have been a mind trick, based on acidity, but the “South River” had a somewhat zippier body.  I wondered, had the barrel toast not been so heavy on the “South River”?  The Meursault seemed weightier with oak. (I learned later that “South River” was aged nine months; the Meursault was fermented 100% in wood and aged 15 months). And the lemon in the Meursault was less integrated.  It was weighted down with toasted oak and browned butter. Notes of bitter orange were enjoyable, but opposed by a posse of the heavier notes of smoke and oak.

That’s for you to decide.  After all, there are those who prefer Chardonnay fermented and aged in steel only.  I belong to the camp of believers that wine should pair with the meal so I enjoy both styles (which includes blends of juice aged in steel and wood).  What’s interesting is that our little, unscientific test resulted in both of us preferring the “South River” from Rochioli.  As a confirmed Francophile, I found that surprising.  I suspect it has to do with the wine being (our opinion) better balanced, lighter, brighter and zippier.  Though oak was apparent, it was restrained enough to prevent the wine from being overpowered by it.

For the detectives out there wondering how a taste could be blind with only two people, I mention that my companion switched the glasses however times she did after I left the room.  She had no idea which glass was from which country as they were poured without her being present.  And, as you saw from the top photo, it would be difficult to visually discern which was which anyway.  We selected by number and the bottles (put away) had been numbered.

Several philosophers have opined along the lines of “No prophet (being) accepted in his home town”.  If there is a moral to this rant, it is this:  Yes, there are certain grapes (Malbec, Sangiovese and others) that are extremely sensitive to the area in which they are grown and I totally accept the reality of terroir.   But Chardonnay is called an international grape for a reason.  It is also the most malleable and that which is most influenced by the winemaker’s election regarding its vinification.  But most importantly, this rant is about assumptions.   Yours.  Wine is an on-going pleasure and assumptions about quality (without on-going tasting over the years) will limit the joy of your wine experience.  You’ll have denied acknowledging how your palate may have changed; how the industry in your own country has changed. You’ll be stuck in a time machine with a dead battery.

Winemizer.net does not accept any advertisements, nor is it affiliated with any winery, vineyard, importer or distributor.  You may be assured that any opinions are not economically biased (though they may not be appropriate to your individual and unique palate.

Note: “South River” is a limited production, single-vineyard made wine and unlikely to be available at retail though it may be obtained at auction on-line.  “Single vineyard” wines from here and elsewhere, despite being of the same varietal, will produce wines with different nuances.  However, a good place to start with Rochioli’s Chardonnay  is with their “Estate” label.  The 2016 Estate Chardonnay, for example, was rated 91 Points by Robert Parker’s Wine Advocate and is available at most large wine retailers. 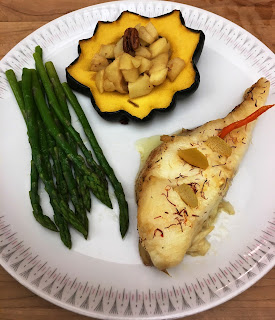