“Grapes are the most noble and challenging of fruits.” … Malcolm Dunn, Head Gardner to the 7th Viscount Powerscourt, c 1867 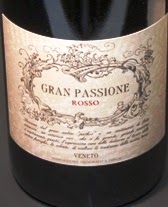 If one of your life’s passions includes finding new wines, “new” grapes, or wines that taste higher than they are priced, I recommend Gran Passione (Grand Passion) Veneto (the region in Italy where it’s made) Rosso (red).  This delicious red is 60% Merlot and 40% Corvina, the latter and sometimes its sub-variety Corvinone, is the grape used in making Amarone wine.  Generally, people that love Amarone don’t so much love its price, though they understand the expense involved in the process of making it. Valpolicella Ripasso has come to be known as “Baby Amarone.”  Ripassos may re-use some grape skin, offer some similarities to Amarone, and cost much less, usually in the $20 area.

Now comes Gran Passione. Not an Amarone. Not a Valpolicella, and a “simple” IGT wine as opposed to being classified DOGC or DOC.  And then there’s the price issue: It’s widely available at about $13.U.S., severely limiting its “snob” appeal. That’s good for people who are looking for delicious wine, instead of trying to impress someone with how much they spent on a bottle.

Grapes for Gran Passione are grown in selected areas in Veneto (around Venice) from vines planted on rich alluvial soils. Harvesting occurs in October, allowing grapes to develop full ripeness.  Selected bunch stems are cut ten days before harvest and the grapes become partially desiccated before crushing, concentrating their flavor and sugar. This technique, known as apppasimento, is the same as used in making Amarone.  Skins are left in the must for extended periods, extracting flavor and contributing to the wine’s rich purple color. Subsequent aging adds complexity and balanced notes of spice and vanilla. 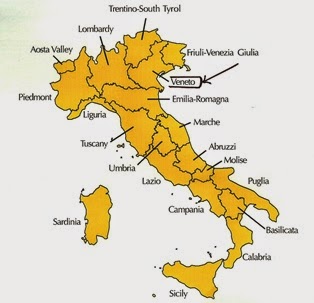 With just an initial hint of sweetness from residual sugar, Gran Passione is dry but with soft tannins and balanced against perfect acidity. The nose, for me, immediately offered blueberry and the taste rewarded a jammy version of the same.  Given more time to air, the wine developed dried cherry, raisin and chocolaty plum, all in a rich mouth feel.  Vacuum sealed, it was absolutely delicious the next day; preserving its fruit without becoming flabby, it maintained a clean, quenching finish.

To be fair, it does not have the complexity of a true Amarone, nor does a (fill in here the name of any varietal).  Wine, as Pliny the Elder said, is a matter of personal taste after all. But few people can enjoy drinking Amaraone on a daily basis or even frequently. Gran Passione is a crowd pleaser – not just because it should have wide appeal and acceptance – but because it is so well priced it can be enjoyed as an everyday table wine. Pair it with hard, mature cheeses, spicy red sauced pasta and lasagna, grilled meat or sausage and peppers and it will elevate your food.