Years – or vintages as they are called – do make a difference. And one of the biggest contributing influences to a successful vintage is weather. In California, where irrigation is allowed, rain may make less of a difference than in the Medoc (France) where irrigation is not allowed. But irrigation is not sun, or uncontrollable onslaughts of scorching heat. Irrigation does not control unusual cold snaps, or late springs, early frosts, or crazily varying temperatures. For that matter, it does not control too much rain. And all these conditions beyond control influence whether a vintage will be successful or “not so much.”

If you bought California Pinot Noir from the 2009 vintage, it was hard to miss a wine that was deeply flavored and with vibrant acidity, regardless of the estate. Perhaps without knowing it, you were buying the year. But buying the same label from 2010 could be disappointing. That’s because Mother Nature was not as generous that year. Still, 2010 was far from a disaster. Although many wineries saw their harvests off 30% and more, 2010 vintages are concentrated with deep color thanks to a cool growing season that finished with a heat wave and compacted harvest time.  Wines from 2010 are sturdy, can be enjoyed now or cellared easily for six years. 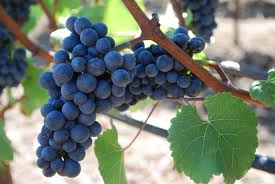 Pinot Noir is a thin skinned grape, both physically and in its attitude. Its susceptibility to disease and its attitude about being converted into wine makes it an expensive undertaking. That’s why, so often, consumers of other red wines are shocked at prices for Pinot Noir.  Numerous Pinot Noirs are available in the $70 and up price range. $50 is common.  But here are three excellent 2010 Pinot Noirs at the WineMizer price point:

These three wines are awarded 91, 93 and 90 points respectively by Wine Spectator. Siduri has been a staple in my home or years, and is a consistent performer. For $125, you could enjoy a Marcassin from the Sonoma Coast. It was awarded 96 points by the same magazine. I haven’t tasted Marcassin, and it is unlikely that I will.  At a difference of $95 for 5 points, that’s $19 a point and one my palette is unlikely to appreciate.  Besides, it would be “UnMizerly” to act so. So let me close with a fun project: If you can find both a 2009 and a 2010 vintage from the same vineyard, buy them both. Taste them side by side. When you learn which you prefer, you’ll also learn your general preference of style: soft & subtle vs. big & bold. Knowing that will make you more knowledgeable so that when you next shop for wine, you will be better able to describe your preferences to your wine merchant