"Wine offers a greater range for enjoyment and appreciation than possibly any other purely sensory thing which may be purchased." --- Ernest Hemingway

“Don Ernesto” (as Hemingway was called by the Spanish) spent time travelling throughout that country to cover the civil war as a reporter for The Alliance after arriving there in 1937.  No doubt, he knew that the wine grape we call Mourvedre was known there as Monastrell.

Monastrell is a thick-skinned grape, and the third most important (5th most planted grape) in Spain where this wine is made.  As I’ve often said, Spain is bargain priced - especially for those looking to areas other than Rioja and varieties other than Tempranillo.  And before that comment begins a heated one-way exchange, I should explain that I’ve enjoyed (and still do) Bodegas Muga Prado Enea Gran Reserva (from Rioja and made from Tempranillo), their “Seleccion Especial” and other labels and many other wines from Rioja. But as Merlot is to Cabernet Sauvignon, Monastrell is to Tempranillo, meaning only they are both black grapes, they both belong to vitis vinifera, they each make good wine, but they’re different.  And it is that difference that keeps things interesting.

Like Cab with its thick skin, Monastrell can throw tannins.  It can also contribute acidity.  Whether you call it Mourvedre (as in France) or Monastrell, that’s why it’s so frequently used in red blends.  But I love the varieties. And I love when they are rendered unblended, or at least, not so blended as to lose their unique personality in the process.

That brings us to Tarima  With an ARP of less than $10, that’s a difference in itself.  Lots of Monastrell is made in Spain.  Most of it good.  But at under $10, one wonders?  Don’t. At this price point., it’s one of the best wines I’ve tasted.  Said another way:  It tastes higher than priced.  Much. 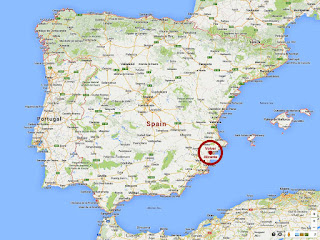 Brandied plum, minty dark chocolate, black currant on the nose. A hint of licorice and violet.  The wine is silky with well-managed, though evident, tannins and, up-front, announces black cherry.  The palate then is greeted with contributions of ripe black plum, vanilla and – on the finish – coffee.  Other tasters refer to toast and leather, with floral aromas and notes of grass on the nose.   Still others refer to blueberries and raspberries with notes of crushed chalk; another – blackberry with a “meaty” note.  I got “oak” but another “smoke” (same thing?).  Regardless, all the oak used in aging this wine is used and neutral wood.  Regardless again, this wine is obviously complex. And to think I found it at $8.99 only makes me regret I didn’t buy more.

I was so impressed with the quality to price ratio of this wine, I did a little checking.  Seems Bodegas Volver Tarma has a history of being awarded scores in the 90s for many years.  This one earned 91 from Robert Parker.  James Suckling gave it 92 points for the 2016.  Of course, I didn’t know that when I bought the wine.  I didn’t know that when I tasted the wine.  But I knew it tasted like it deserved such scores however.  And that it did so under $10 affirms that this wine is a value among a country of values.

Pair it with grilled beef or sausage, lamb kabobs or braised short ribs.  The short ribs remind me that many people enjoy this wine with acidic red sauced pasta dishes and pizza.  The best pairing, however, will be found in buying more than just one bottle of this wine.