As I ate the oysters with their strong taste of the sea and their faint metallic taste that the cold white wine washed away, leaving only the sea taste and the succulent texture, and as I drank their cold liquid from each shell and washed it down with the crisp taste of the wine, I lost the empty feeling and began to be happy and to make plans.”  ― Ernest Hemingway, A Moveable Feast

Roses are red
Violets are blue.
If you say you don’t like any chardonnay
I frankly just don’t understand you.

Chardonnay is first a grape.  It is used in making some of the world’s most sought after Champaign. And Champagne is wine although it tastes nothing like that which members of the “ABC” (“Anything But Chardonnay”) club usually associate with chardonnay. This same chardonnay grape is used also in producing white Burgundy wines such as the famous Chassagne-Montrachet and Puligny-Montrachet.  In the most northern part of Burgundy, about 100 miles southeast of Paris, chardonnay is all that is grown in Chablis. No one familiar with French wine would compare a Montrachet to a Chablis despite that they are both made from the chardonnay grape as is also Pouilly-Fuisse – another taste entirely and also made from chardonnay.


Some here, in the U.S., find French wine labels confusing because wine is labeled by region instead of by grape.  But the confusion can just as easily be attached to our simple labels, for all chardonnay is not the same. There are styles of vinification that impact the finished product. Whether the juice is fermented in wood, or aged in wood (not the same thing), whether both or neither is used, whether malolactic fermentation is employed or prevented, whether the juice is left to rest on its spent yeast cells (sur lie); all these decisions in various combinations will produce different wines from the same grape.  And we haven’t yet gotten to the terroir of where the grapes are farmed. 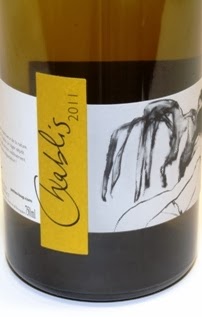 So doing a little homework rewards you with finding the style of wine you enjoy.  And with Chardonnay, the amount of homework doesn't need to be burdensome.  If you became a self enrolled member of the ABC club because you found Chardonnay over the top with toasty-oaky flavor, try a Chablis such as Thomas Pico’s, owner of Domaine Pattes Loup.  France recognizes that grapes grown in different areas (soil, climate, sun, moisture and more) produce wines of different character.  And Chablis (at the cool, northern end of Burgundy) makes for wines of briny minerality and acidity that clean the palette rather than paint it.

Pico is attracting international attention and independently blazing forward by looking to the past.  Against the wishes of his father, he instituted a program of strict yield control and a move to organic/biodynamic  viticulture. He hand harvests and hand sorts the best grapes and employs no fining or filtration before bottling. His blended Chablis gains texture by being partially fermented, with lees stirring, in concrete (30% – 40%) with the balance in stainless steel for 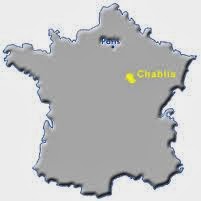 acidic crispness.  He uses indigenous yeasts. The juice is pressed with minimal sulfuring.

His vineyards, with vines over 55 years old, are planted with numerous clones (allowing for a varied crop and the creativity that having such allows)  on steep hillsides in cool, northern Chablis (the most northern part of Burgundy about 100 miles southeast of Paris). The vineyards of Chablis are actually closer to Champagne than they are to the rest of Burgundy. The location itself requires a long growing season, allowing complex yet subtle flavors to develop within the grapes, while preserving freshness. In fact, conditions within Pico’s cellar are kept cold allowing for slow settling during a 14 - 16 month elevage (the time between fermentation and bottling).

The result of this effort is a Chablis (Chardonnay) that is artful in its subtle expression of fruit against a backbone of austere minerality and snappy acidity. Palest gold in the glass, it’s ripe, but not heavy. Not present is the oaky, vanilla and butter (warm climate Chardonnay) that members of the “ABC” club perhaps object to (the ones I've met never actually were specific about the reason for their dislike).  Even the wine’s nose is light, expressing the chalky soil of its origin. It offers a chalky, orange-lemon with emphasis on the lemon. While dry and brisk, it gives steely tastes toward green apple, lemon and chamomile. A perfect companion to fish and oysters, it serves well also cutting the richness of heavy white sauces.

Wine Advocate awarded 93 points to Thomas Pico's 2010 vintage and 90 points to its 2011. International Wine Cellar awarded the 2011 vintage 91 points and Vinous (by Antonio Galloni) awarded it 91.  High praise for a wine (“Chablis”) that due to it being made as so much generic plop domestically in the 1970s had that poor image transferred to the genuine article in Chablis.


Summer is coming. Your meals will likely be lighter and require different wines; often lighter, crisper and refreshing.  All three elements are in this one bottle. And at an ARP of $17, it comes with value included.